Where can I play?

Right now, Fanball is the only game in town for AAF DFS.

Fanball is a newer DFS site, but part of a larger platform that includes well-known fantasy football products like MFL10s “Best Ball” Leagues, LeagueSafe (cash escrow for season-long leagues), and the NFFC championship – so you should have confidence that the site is legit.

Fanball scoring is closest to NFL scoring for DraftKings: it is full PPR scoring with milestone bonuses.

The main difference is that Fanball has more than just the 100 yards/+3 point bonus; there is a progressive scale that goes up to +4 points for yardage (including passing yardage). 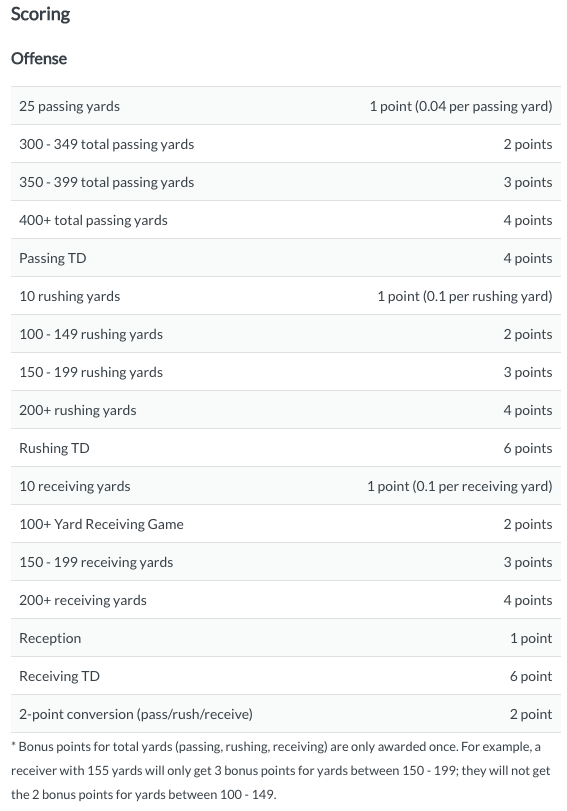 Each roster on Fanball has one slot for QB, one RB, one WR, and three FLEX (RB/WR/TE). 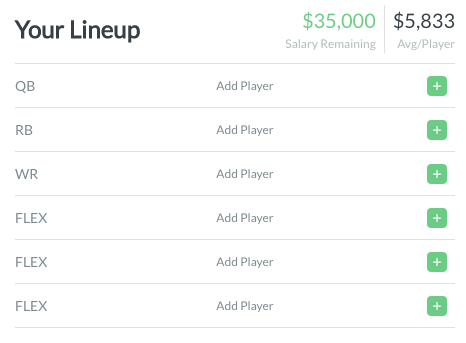 One of the biggest rule differences between the AAF and the NFL is that there are #NoExtraPoints in the AAF. Teams must go for two after every touchdown.

This is especially important for fantasy scoring, as players receive a +2 point bonus for converting: whether they threw, caught, or ran it in.

Two point conversations are going to add a big boost to goal-line backs and mobile quarterbacks in a league that might otherwise favor passing.

The AAF play clock is shortened from 45 seconds to 30 seconds in an effort to speed up play and get overall game times to be under three hours.

The reduced play clock will result in less personel substitions and more hurry-up offenses that favor the passing game. You can see some of this effect in the Vegas totals for the games, all of which opened above 50 points.

We should expect nearly every team to approach 30-35 passing attempts per game.

There is a huge scarcity at the TE position. Even in the NFL there are only a handful of consistent fantasy options at the position.

As we head toward Week 1, only two TE options seem to be emerging among the eight teams: Gavin Escobar (SD) and Thomas Duarte (ARI).

Given the lack of depth, Fanball has opted to replace the TE slot with another flex. It’s hard to guage utilization, but using a TE in the flex spot may be one of the only ways to get roster differentiation in the small slate format.

There has been a brewing controversy about an AAF rule change that limits defensive to only sending five rushers maximum on passing plays.

From the official rules:

On defense, no more than five players may rush on passing plays. No defensive player may rush from a position of more than two yards outside the widest offensive lineman and more than five yards from the line of scrimmage. The exceptions would be play-action or run-pass option plays and if the ball leaves the tackle box.

Players that line up on the line of scrimmage are designated as one of the five players eligible to rush, regardless of whether they rush or not.

No defensive player may rush from a position of more than two yards outside the widest offensive lineman and more than five yards from the line of scrimmage (defensive pressure box). The exceptions would be play-action or run-pass option plays and if the ball leaves the tackle box.

Any player who aligns on the line of scrimmage either prior to or at the snap is designated as one of the five players regardless of whether he rushes.

There will be a 15-yard penalty for “illegal defense.”

A storyline to follow in the first weeks of the season is if teams will exploit this rule with a power running game as AAF teams cannot stack the box without risking a penalty. Will this rule not be heavily enforced? Or will it be ignored as players and officials adjust?

We’ve seen an good amount of goal-line rushing TDs and conversions in the preseason and it seems like defensives may struggle on short yardage situations. This may swing the balance for goal-line backs, even in a PPR scoring system where pass catching backs usually thrive.

There are no kickoffs in the AAF and no points for return yardage on Fanball. This is not especially important for players coming from NFL, but this change is more relevant to players with CFL experience.

The CFL has only 3 downs and no fair catches so there is plenty of return yardage and rostering kick returns as cheap punt plays is totally viable in fantasy CFL.

There are still punt returns in the AAF, but with no points for yardages and no D/ST options, they will basically not matter for DFS purposes.